Bitcoin fell below the $30,000 support level for the first time in four weeks. Attributed to the lack of institutional demand for Bitcoin and the large-scale sell-off of the safe-haven Bitcoin caused by the epidemic, the downward trend may be further exacerbated.

Since mid-May, Bitcoin has been locked in a price range between $30,000 and $40,000 level. Due to China’s strong measures to suppress cryptocurrencies, bitcoin briefly fell below the $30,000 mark on June 22. This is the second time Bitcoin has fallen below the psychological barrier of $30K since then.

According to a report released by cryptocurrency data provider Glassnode, the current Bitcoin price continues to consolidate with low volatility. 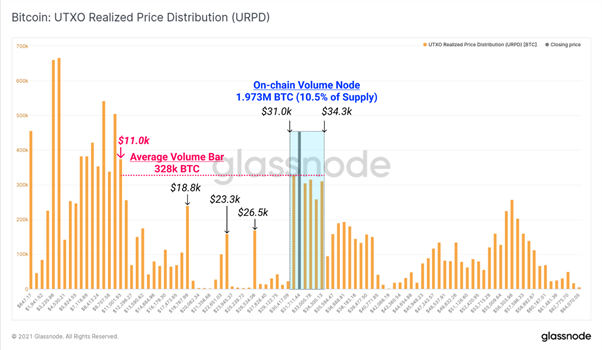 The UTXO indicator-a trading volume indicator displaying the chain’s pricing range shows that more than 10.5% of the total supply of BTC with a total value of 1.973 million BTC trading between $31,000 and $34,300 level. This transaction volume is much higher than that of trading volume in the range between $50K and $60K.

At the same time, it is worth noting that not many trading supports above $18.8K. If Bitcoin falls further, the trading level of $26.5K will be the first supporting level, followed by $23.3K and $18.8K.

In addition, the market-board correction in May led to a sharp drop in interest from institutional investors. 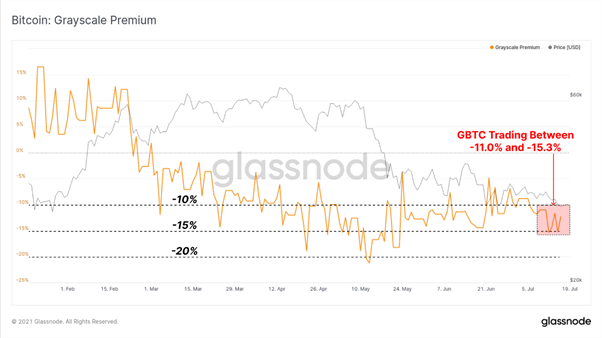 Take the grayscale GBTC as an example. Last week, the GBTC market discount continued to exist, and the discount range was approximately -11.0% to -15.3%. Although it can be seen from the graph that the degree of discount has slowed down, compared to mid-May due to China, the restrictions on cracking down on cryptocurrency miners have caused a discount of up to 20%, but it is still at a discount. 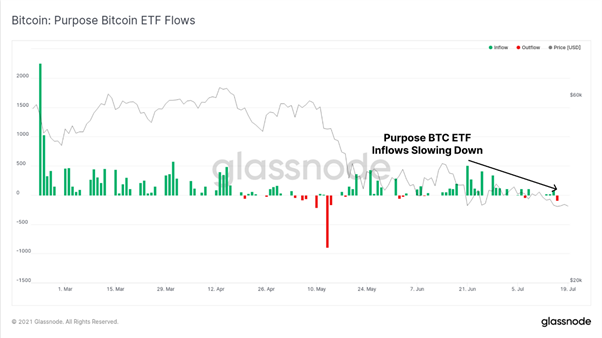 The net inflow of ETFs for other purposes has also slowed down. According to Glassnode data, the largest net outflow this week since mid-May was as high as 90.76 BTC.

Market analyst Edward Moya said that the fear over the virus pandemic had triggered a general panic selling to all the best-performing assets.

“If the stock market selloff intensifies, bitcoin and Ethereum will easily extend their declines”

She also revealed that Bitcoin might be vulnerable to a flash crash to the $20,000 level, but this price level should attract many institutional buyers who have been patiently waiting to see.